In 1978, the undertaking was set up as a one-man business. Three years later, the business was turned into a public limited company: nv Bouwonderneming Moors James. Another six years after that, we moved to our current location in Houthalen. Our goal has always been to further develop our company together with nature. As a result, our construction company is now, unfortunately, the only green haven in the industry park. Since we moved the company here, we have been draining 90% of the rainwater to infiltration points.

In 1996, Jaime, James’ oldest son, joined the company. The benefits of this decision became evident very quickly in the workplace. When Rutger, James’ youngest son, decided to join the company in 2008, the business became a real family-run company. Jaime and Rutger focus on the construction sites.

Since the company acquired the Rousseau stone sawmill in Wemmel, Jaime and Rutger now also take care of the processing of mainly Belgian bluestone, but also white stone.

With a certain degree of pride, we can say that the company has built up a good reputation. Of course, this is not only thanks to the efforts of the family, but also to the efforts of our colleagues Jean-Pierre, Christoffer and Damien. Jean-Pierre has been a member of our team for 30 years.

The machinery, the extensive implementation options and a personal involvement in each project, small or big, are the strong points that guarantee quality results every time. Due to our company’s transportation options, we can cover a substantial area including: the provinces of Limburg, Liège, Flemish Brabant and Walloon Brabant, even East Flanders are not unknown territories to our construction company.

Since 1978 we specialize in new homes. Passive houses is also part of our range of construction works.

Renovation works are small extra buildings or the complete renewal of a building. 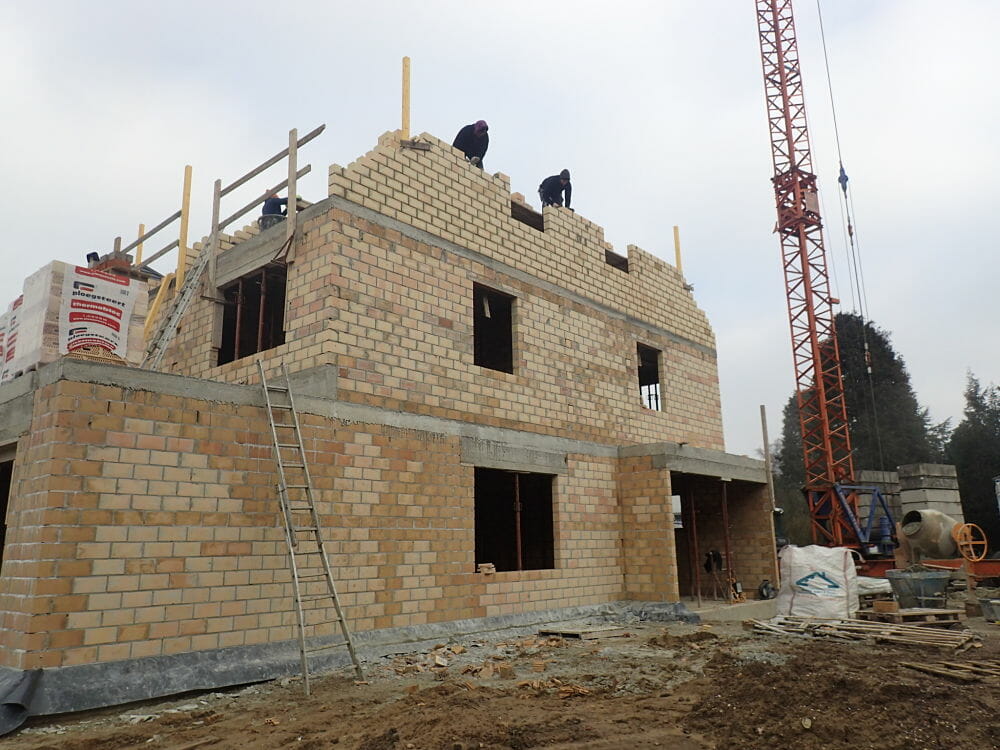